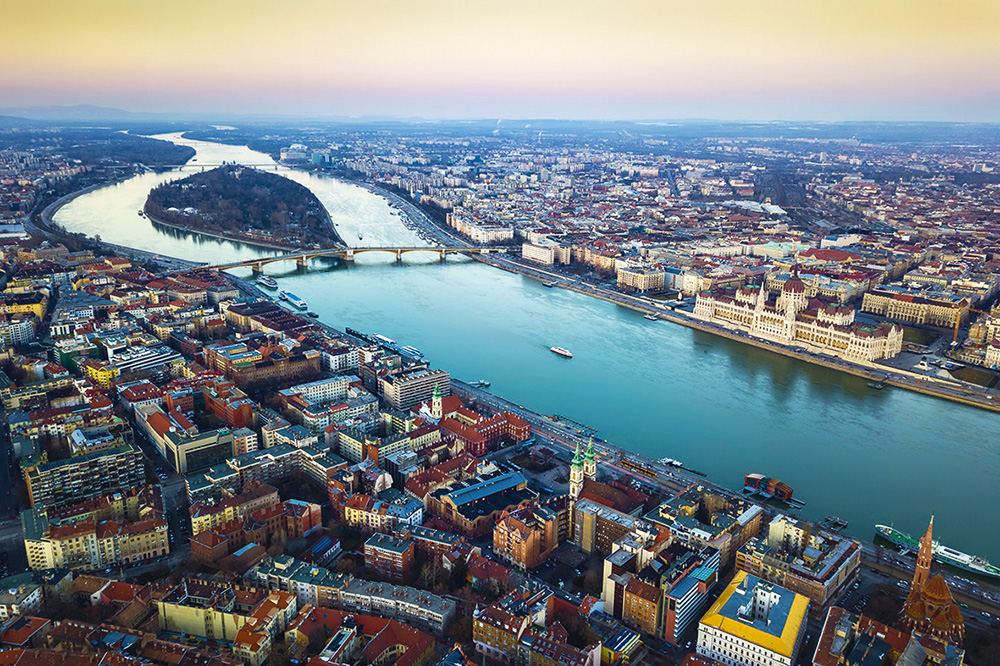 Although most of the international students live and study in Budapest within Hungary, the cities in the countryside also have many things to offer for students. We have listed some of the most significant cities below and what they are famous for.

Budapest is the capital of Hungary, located in the heart of the country. As lying on the banks of the Danube River, Budapest is divided into two main parts: the romantic Buda side with its beautiful hilly surroundings, and the vibrant Pest full of culture and life. The city offers a fusion of various cultural and historic values preserved by its architecture, cosy streets, and numerous exciting events. Budapest, including the Banks of the Danube, the Buda Castle Quarter and the Andrássy Avenue were selected among the UNESCO world heritage sites. The city is not only a cultural, but an educational hub as well – half of Hungary’s university students study here, so you will meet a diverse student community coming from all parts of the world.

Debrecen is the regional centre of the Northern Great Plain and the seat of Hajdú-Bihar County. The city has a unique balance of centuries-old traditions, where you can find several excellent art exhibitions, various folk programmes as well as many sports and leisure events. One of the most famous of all is the Flower Carnival, which takes place each year on 20th August, and offers amazing cultural experience with parades and numerous concerts. Debrecen is home to the University of Debrecen, located in the beautiful “Great Forest” area. With a student body of about 28,500, the University is one of the largest higher education institutions in Hungary offering more than 80 programmes in almost every study field. 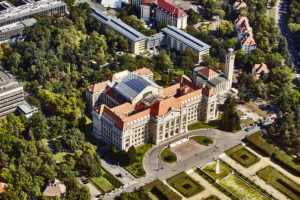 Miskolc is the seat of Borsod-Abaúj-Zemplén County and the regional centre of Northern Hungary. The city is located at the foothills of the Bükk Mountains, near the UNESCO heritage site of Aggtelek and the world famous Tokaj wine region. Miskolc is full of hidden treasures like the Benedictine Monastery Ruins or the Cave Bath of Miskolctapolca, and it is also famous for the Castle of Diósgyőr with its authentic historic plays. Nowadays, Miskolc is one of the most popular choices for students who come to study in Hungary. Founded in 1735, the University of Miskolc became the scientific centre of the region offering programmes in the fields of technical and social sciences as well as humanities. 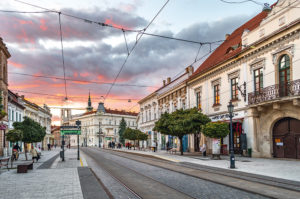 Szeged is the regional centre of South-Eastern Hungary and the seat of Csongrád-Csanád County. The city lies at the bank of the Tisza River, which gives a picturesque view to the entire area nearby. Szeged gives home to numerous cultural programmes and festivals, such as the famous Szeged Open-Air Festival at the marvellous Cathedral Square or the annually organised SZIN (Youth Days of Szeged), which won the Greener Festival Awards in 2009. With its 12 faculties, 19 doctoral schools and a Teacher Training Centre, the University of Szeged is among the largest and most prestigious higher education institutions in Hungary. The institution has mjore than 22,000 students with a 20% international student ratio, and offers a wide range of academic programmes from humanities to business studies and even health sciences. 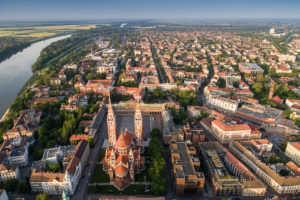 Pécs is located in the south-west of the country and serves as the administrative and economic centre of Baranya County. The city hosts many cultural scenes and historic buildings, such as the Basilica of St. Peter constructed in the 11th century, or the Turkish buildings from the ages of the Ottoman Empire. The city also gives home to the Early Christian Necropolis, an UNESCO World Heritage Site. Thanks to its rich multicultural atmosphere, Pécs was nominated to be the European Capital of Culture in 2010 and received the UNESCO Learning City Award in 2017. The University of Pécs was founded in 1367, making it the oldest university in Hungary. It offers a wide scale of degree programmes for more than 20,000 students at 10 faculties, covering nearly every possible field of study. 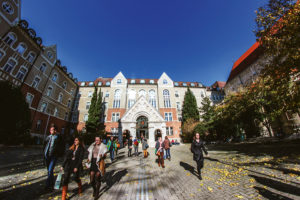