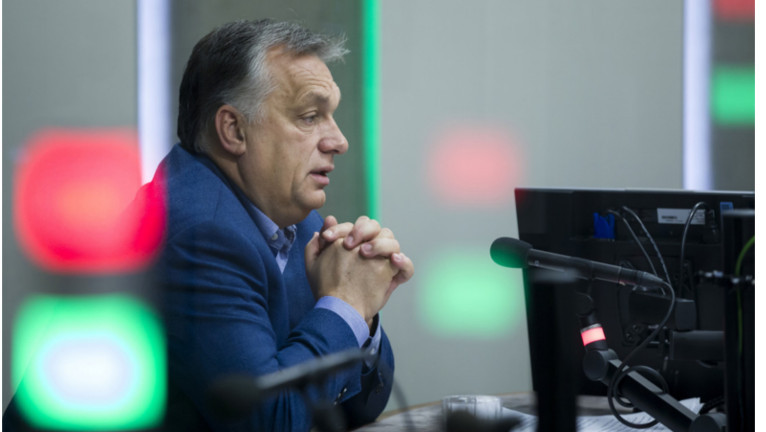 The new government measures covering the whole country will come into effect between March 28 and April 11. "This is something that people should be able to live with," the prime minister said.

Prime Minister Viktor Orbán has announced restrictions on movement in Hungary. People are only allowed to leave their homes to go to work or to run essential errands.

The new government measures covering the whole country will come into effect between March 28 and April 11. “This is something that people should be able to live with,” he said.

During his regular slot on Kossuth Radio this morning, PM Orbán said grocery shops and pharmacies will be open to people above 65 years of age between 9 a.m. and 12 p.m. every day. Others will not be allowed in those shops during that period, he said.

The new measures were created based on international examples of similar laws. The prime minister said that they had basically started with the Bavarian version, although the resulting Hungarian regulation is stricter. The restriction makes an effort to separate the elderly from the young.

PM Orbán expects the regulation to reduce the amount of contact between people and, consequently, slow down the spread of the virus.

The prime minister also talked about constantly collecting information on how people’s lives are going since the onset of the epidemic. Questionnaires show that the measures taken so far have been effective. For example, surveys reported 500,000 instances of contact with others prior to the outbreak, whereas this figure dropped to 50,000 in the latest survey. However, a further reduction in this number is now needed.

People can go outside, but cannot be in a group, he added. The police will help enforce compliance with the rule and encourage cooperation and can impose fines, but only as a last resort. The prime minister emphasized that a penalty must exist because there is no rule that works without a penalty.

PM Orbán also talked about the unity and intelligence in Hungarian society. “I learned that a big epidemic can only be handled with intelligence. This is not the same as education. Hungarians have always had an innate intelligence. Behind our discipline lies the intelligence of a serious people,” he added.

The situation is different in politics. Politics is a power game and the opposition cannot be blamed for wanting to come to power. However, the prime minister emphasized that “it is not politics that is needed now, but cooperation. The better we get along together, the more lives we can save,” he added.

PM Orbán also mentioned that the coronavirus law will be voted on next week so decisions can be made quickly and progress made in the fight against this epidemic. “Saving lives depends on quick decisions. We do not want to make decisions that the government has no right to make; we just want certain decisions to be made quickly,” he added.

The prime minister also said that now is not the time for the European Union to deal with theoretical issues. If they cannot help, fine; but they must not hinder a country’s defense on its own soil.

The government still wants a strong Europe, but the EU has its weaknesses. In terms of coronavirus aid, for instance, thus far Hungary has received help from China and the Turkish Council. Nevertheless, the country will still remain members of the EU. And yet, it would be good to find out where the hundreds of epidemiologists in the EU were in January and February.

The prime minister also pointed out that regulations always affect the economy; but the focus right now is on saving human lives. Still, the government is already working on programs to help the economy recover, and economic action plans will be presented in the first and second half of April. Now, PM Orbán stressed, it is important to deal with the virus because it is here and spreading.

The prime minister again emphasized that the current goal is to slow down the spread of the virus. Of those infected, 80 percent do not become ill; they are just carriers. But the other 20 percent – some two million people – might need hospital care. If the infection does not slow down, this 20 percent would need to be hospitalized at the same time. When the virus finally peaks, the burden on the Hungarian healthcare system could be ten times greater than at present – in terms of material, equipment, human labor, everything.

Unfortunately, more healthcare professionals will have to leave the current defense because they are expected to get sick. “The country is operating under a military plan. If this works well in the next two weeks, then healthcare should remain operational when the virus peaks,” he added.

Additionally, “hospital commanders” will be appointed by the government to all hospitals starting on Monday, PM Orbán announced. They will be responsible for overseeing compliance with epidemiological regulations as well as for managing personnel and inventory. However, doctors will still be in charge of all decisions pertaining to purely medical matters.

The prime minister added that so-called hospital commanders appointed by the government will head all Hungarian hospitals from Monday.

PM Orbán said doctors will still decide on medical matters, but compliance with the stated epidemiological regulations will be overseen by the commanders.

Also, the uniformed hospital commanders will be in charge of supplies and staff management, he said, adding that hospitals would be able to bear the burden if the system operated smoothly in the next few weeks or months.